In the next eight weeks.

A pound or two a week is a reasonable goal, so it shouldn’t be a problem.

And I’m going to be mixing it up with a bunch of young, highly fit studs and studlettes

And I wanna look as good as an old man can!

I work out quite a bit, so that’s not much of an issue, but for a while now I haven’t been eating like I should, and I’ve packed on a few extra pounds.

Need to get rid of that crap and trim down a little!!!

Things started out pretty well a couple weeks or so ago. Slow at first, but then the scales started moving in the right direction again. I dropped about eight pounds.

Then, the other day, uh-oh … scales going back up.

Next day, back up again.

I’m still working out and watching what I eat, so what’s going on here?

Yesterday, I made some turkey stroganoff stuff and had a plate of that with pasta for my one big meal of the day. Fairly healthy stuff. I had a PB&J rollup, with a flour tortilla and sugar-free peach jam. Had some fresh cantaloupe in the afternoon. And in the evening, a frozen protein shake (water, ice, banana, protein powder).

Then it hit me.

I looked it up and one can of that soup contains more than 1,600 grams of sodium. Multiply by two and you get 3,200 grams.

Of course, I didn’t eat the whole pan, but the recommended daily amount of sodium is less than 2,300 grams.

Add up all the other sodium I’ve been eating lately — hey, it makes food taste good, right? — and I’m sure I’ve been well over the limit, day after day. So my body responds to the excess by retaining fluid and voila! Weight goes up.

The good thing is, it’s a fairly simple fix.

Not easy, but simple.

Quit adding so much salt to my food and be careful of that hidden sodium in stuff like cream of mushroom soup.

Along with going easy on the salt shaker, another thing you can do is read labels. You might be surprised.

Like anything else, too much salt (sodium) ain’t good for you. Not only does it make the ol’ pants fit tighter, over time excess sodium consumption can affect things like kidney function and cause high blood pressure, a top risk factor for stroke.

So be aware of how much salt you’re using, and how much is already in some of those yummy food you like to eat. 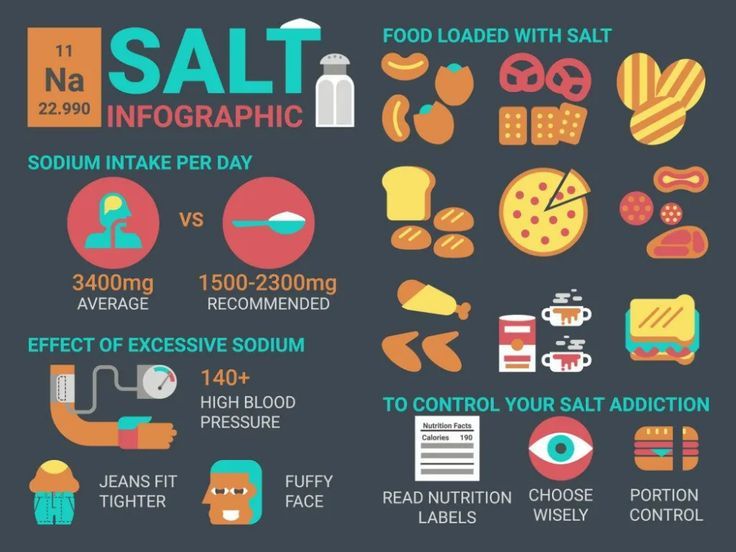