How often should I weigh myself

This morning, I stepped on the scales after a little out-of-town weekend getaway

And I was expecting to have dropped another couple of pounds.

That’s what usually happens, for some reason, when I spend a couple days out of town.

I don’t know why that is, but it always seems to happen.

The damn scales went back in the wrong direction!

I didn’t go nuts and eat everything in sight or anything stupid like that. I thought I had done pretty much the same as I did all last week, when I dropped 2.4 pounds in seven days.

Right back to where I started again.

A little disappointing, but nothing to worry about, really. I’ll keep on keepin’ on, and everything will be OK. Might have had something to do with that grilled sourdough, turkey and swiss sandwich I fixed myself for dinner yesterday after I got home, and that big pile of barbecue Lay’s i piled on my plate to go with it.

Probably could have skipped the chips ..

Anyway, the topic for today is, how often should I weigh myself?

And some say it doesn’t really matter.

Me, I like to weigh every morning. Good or bad, it’s just what I do.

If you’re a believer in only weighing once a week, I read something just a while ago that said the best day to weigh is Wednesday. That’s supposedly when you’re going to weigh the least amount. Gives a couple of days for the ol’ body to re-adjust after tendency to over-eat or eat bad stuff over the weekend, I suppose. 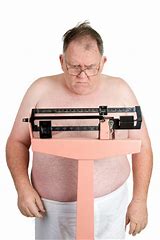