Too much sodium II

Yesterday, I talked about realizing that I was eating way too much sodium.

Suffice it to say, too much of that stuff is no bueno.

Your both reacts to it by retaining fluid and one thing it can lead to besides weight gain is kidney issues and high blood pressure.

Do some research and you will find that 70 percent or more of the sodium in the average American diet comes from processed and/or packaged foods, which a vast majority of us eat way too much of anyway. Even though these foods might not taste salty, if you read the nutritional information, you’ll be surprised.

According to the FDA, most people reportedly eat an average 3,400 milligrams of sodium a day, well over the recommended limit of less than 2,300 milligrams, which is roughly one teaspoon of table salt.

Hell, I put nearly that much on my damn green beans!

OK, maybe not that much, but, you know …

But the thing that really gets us is processed foods, including such things as:

One way to cut back on sodium is to eat mostly whole foods: meat, vegetables, fruit.

Do most of your shopping around the perimeter of the grocery store, and stay away from the middle aisles, where temptation lurks. If you must eat out of a can, package, or box, read the labels before you buy.

You can do it! 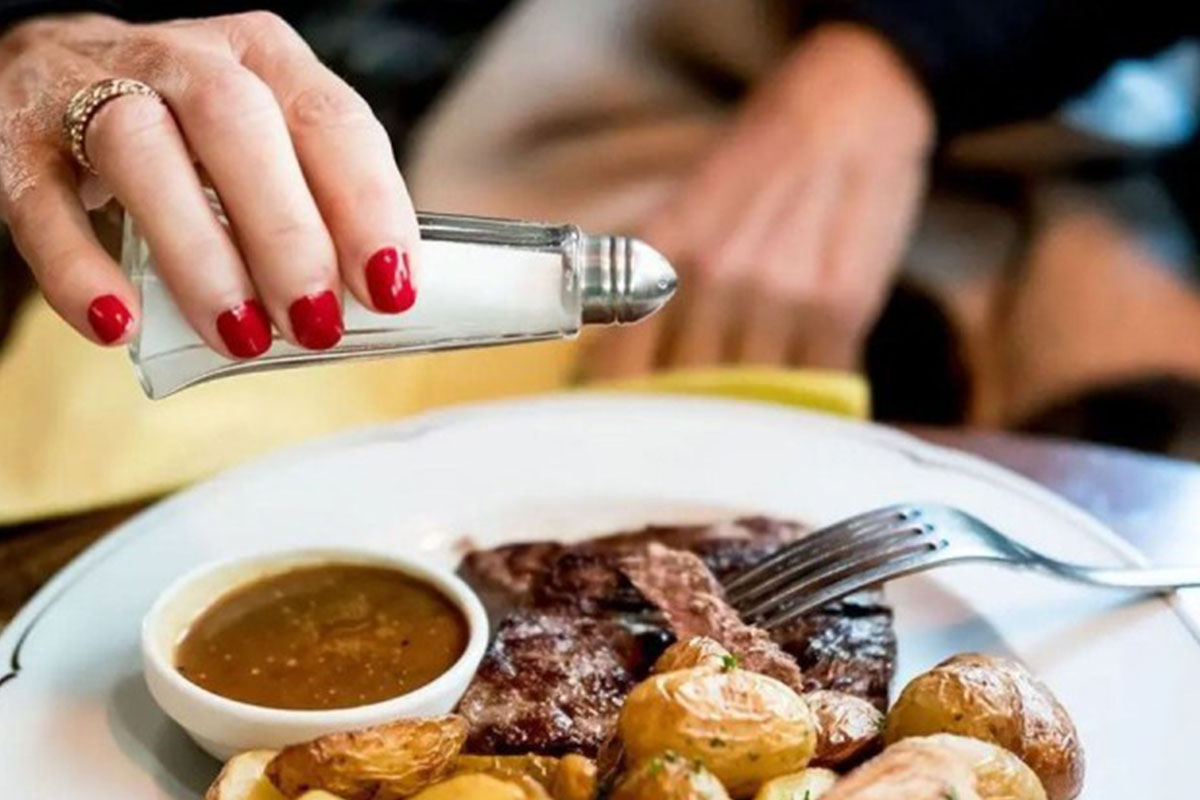